Each week the monthly spotlight features a topic-related HSR&D study.

For many Veterans, post-deployment coincides with the transition from active-duty to civilian status. This can be a difficult transition. According to a Pew Research Center study on Operation Enduring Freedom/Operation Iraqi Freedom/Operation New Dawn (OEF/OIF/OND) deployed Veterans, enlisted personnel and those without college degrees experienced more difficult with this transition than commissioned officers and college graduates. Additionally, Veterans who say they had an emotionally traumatic experience during deployment or had suffered a serious service-related injury were significantly more likely to report problems with re-entry, as were those who served in a combat zone or knew someone who was killed.

Interestingly, post-9/11 Veterans who were married while deployed had significantly more difficulty readjusting than did married Veterans of Vietnam, Korea, and World War II eras. High levels of religious belief increased ease of re-entry by more than 20 percentage points, whereas among Veterans of other eras, attendance at religious services was not correlated with ease of re-entry. Race and ethnicity, age at time of discharge, whether the Veteran had children younger than 18 while serving, how long the Veteran was in the military and how many times the Veteran had been deployed all proved to be poor predictors of transition ease or difficulty1.

For VA, studying post-deployment is critical, as it helps provide a better understanding of the physical and mental health problems that arise from Veterans’ experiences during deployment. These health concerns include PTSD, military sexual trauma (MST), mild traumatic brain injury (TBI), community reintegration, and Gulf War Illness, among others2. The most recent VA Post Deployment Health Surveillance Report includes data on Veterans who were deployed in support of the Vietnam War, 1990-1991 Gulf War, and OEF/OIF/OND3. 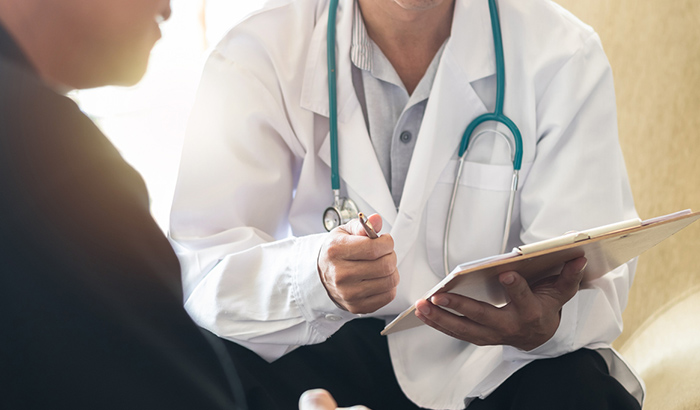 Although most newly separated Veterans experience high vocational and social well-being as they reintegrate into civilian life, findings point to the need for additional attention to the health of separating service members and bolstered support for enlisted personnel to prevent the development of chronic readjustment challenges within this population. Efforts to address health concerns such as chronic pain, sleep, and anxiety, if implemented, have the potential to put Veterans on the path to more successful and fulfilling post-deployment lives.

Every year more than 200,000 U.S. service members transition out of military service, adding to the more than 19 million Veterans within the U.S. population. This period can be a critical time during which prevention and early intervention efforts should be targeted to at-risk Veterans to reduce their vulnerability to the types of chronic readjustment challenges experienced by some Veterans. More than 40,000 organizations provide programs, services, and supports to assist Veterans with the military-to-civilian transition; however, it is not known whether these programs address their most pressing needs. This large prospective cohort study was the first in-depth investigation of Veterans' health and well-being as they leave military service.

Investigators identified a national sample of approximately 47,000 Veterans from a roster of all separating U.S. service members in the fall of 2016. Veterans were asked to complete a survey at 3 months post-separation and again 6 months later. With responses from nearly 10,000 Veterans, study investigators assessed Veterans' status, functioning, and satisfaction with their health, work, and social relationships. Analyses were conducted to identify unique concerns for particular Veteran subgroups.

Principal Investigator: Dawne S. Vogt, PhD, is an Investigator with the Center for Healthcare Organization and Implementation Research (CHOIR) in Boston, MA.

Suicide Prevention: Bridging the Gap between Civilians and Veterans 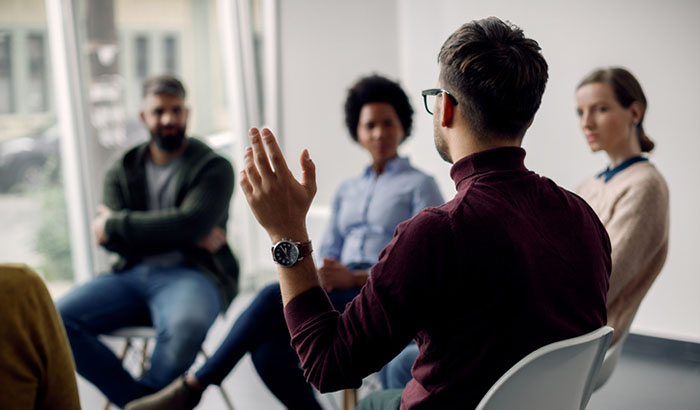 VA’s top clinical priority is preventing suicide among all Veterans, including those who do not seek VA care. This QUERI partnered evaluation supports a new national strategy recently announced by the White House, “ Reducing Military and Veteran Suicide: Advancing a Comprehensive, Cross-Sector, Evidence-Informed Approach” that will drive future suicide prevention efforts.

Retired U.S. Army Infantry Lieutenant Colonel Joe Geraci, PhD, LMHC, and Marianne Goodman, MD, are co-Directors of the Transitioning Servicemember/Veteran and Suicide Prevention Center (TASC), which is a joint effort between VISN 2 MIRECC (Mental Illness Research, Education and Clinical Centers) and the VISN 17 Center of Excellence for Research on Returning War Veterans. The TASC’s mission is to lead research, evaluation, and educational efforts focused on the successful transition of Servicemembers to their civilian lives, thus enabling them to find their next “mission” and reduce their risk for suicide. This mission is important as suicide rates among Veterans are highest during their transition to civilian life.

The Veteran Cultural Competence program is a day-long immersive experience in which VA and non-VA professionals gain a new perspective on what it is like to be a Veteran – and the emotions they may experience in day-to-day life. The TSM/V-SI provides volunteer and certified (1-on-1) sponsors who help transitioning Servicemembers secure housing, find jobs, pursue educational opportunities, and access mental health support, while also assisting their families.

About bridging the gap between Veterans and civilians, Dr. Geraci says: “I am dedicated to this work because it directly supports my former Servicemembers and many others. I have seen the amazing feats they can accomplish on the battlefield and want them all to accomplish their next mission in civilian life.” You can hear more from Dr. Geraci in this podcast interview about the TSM/V-SI. 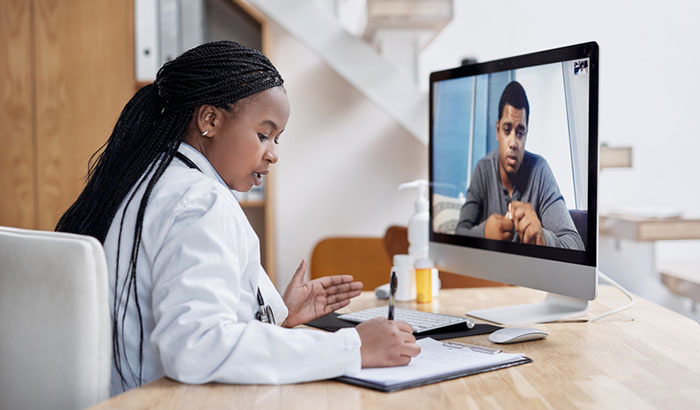 This research addresses disparities in VA mental health (MH) care access and engagement for recent era war Veterans. It is providing a vital evaluation of processes needed to integrate a web-based interface into current VA systems and support of Veterans’ and providers’ use of shared decision-making about mental health treatment options. This approach champions Veteran care activation, efficient care delivery, and facilitates patient-centered care using interfaces developed by the research team. This work is readily implementable and cost-effective and, with partner collaboration, can be integrated into VA systems.

OEF/OIF/OND war Veterans have unique post-deployment care needs and suicide risks that VA is striving to understand and address. Despite available treatment, many Veterans don't seek needed VA MH care post-deployment. Thus, there is a significant disparity between their utilization of MH care and access to VA services. Online health interventions are preferred by recent era combat Veterans and have the potential to promote both access to VA services and engagement in MH care. Data from the investigators' prior studies demonstrate that web-based interfaces (WEB-ED) can be successfully implemented within VA and activate Veterans to seek needed care. They have also found that Veterans reported high satisfaction with a shared decision-making approach to PTSD treatment decisions. With Veterans’ feedback, the research team has developed a web-based interface (WEB-ED) that screens for common post-deployment MH and readjustment concerns, provides tailored education about positive screens, and connections to VA resources and that will now link this with a Veteran-informed shared decision-making training that they developed.

In study phase one, key VA provider/stakeholder interviews were held at five VA sites selected from Women's Practice-Based Research Network (PBRN) sites with consideration of rural/urban differences and war Veteran densityStakeholders were engaged to describe their perspectives of integrating online and shared decision-making interfaces into their daily practice and give feedback on training materials. Veterans in the Iowa City VA consumer group were consulted for their feedback on these topics and materials from a Veteran’s perspective.

Study phase two will compare MH care engagement differences in Veterans who participate in a randomized clinical trial (RCT). The RCT control group will include Veterans who have at least one positive WEB-ED MH screen. Veterans in the intervention group will additionally receive:

Participants will be expected to make an appointment with a VA provider to discuss their priority positive screens and treatment options, including the option of no treatment. Participating providers will have online access to provider-specific shared decision-making training.

Phase 3 will include a chart review of MH care engagement and delivery in RCT participants. Telephone interviews of Veteran and provider RCT participants will provide a post-intervention process evaluation. 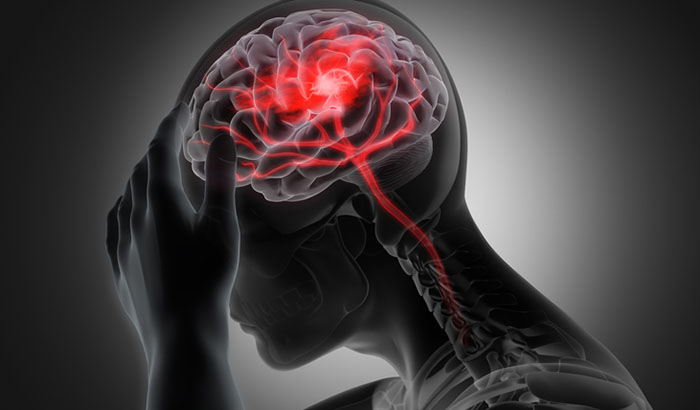 For approximately a decade VA has been screening post 9-11 Veterans for TBI and other deployment-related invisible injuries. Despite increasing identification of possible mild TBI, it is unknown if the TBI screen and subsequent treatments improve outcomes over and above the MH screening process that was in place before the TBI screen. The significant overlap between TBI and MH symptoms may create inefficiencies, redundancies, and “silo” approaches to treatment following positive screens. As such, the purpose of this study is to inform strategies to improve screening and treatment processes for Veterans returning from deployment. Specific objectives are to:

This study uses a retrospective analysis of VA national post deployment screening, as well as service utilization data, to examine the results of TBI and MH screens and subsequent treatments delivered. Data are being used to track diagnoses and categorize outpatient health services utilization, including medications, via codes for MH, Neurology, and Physical Medicine and Rehabilitation specialty services.

In addition to VA national data, investigators surveyed a random sample of individuals identified as having been screened for TBI and MH during the study period. A questionnaire was sent to this sample to evaluate current clinical symptoms and functioning.